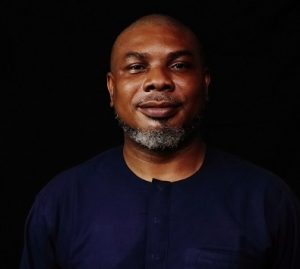 In 1996 he started the Phoenix Theatre Company with some ex O.A.U. classmates, and went on to produce innumerable stage plays with Afrocentric themes but by 1998 joined Swift Studios as a Trainee Film Director/Production Assistant under the tutelage of one of the foremost gurus of television advertisement production in Nigeria; Mr. Lloyd Weaver. By1998 Oliver had cut his teeth as a first time director and associate producer on “I Need To Know” a long running television drama series focusing on youth and sexuality education funded by the UNFPA.

The year 2002 was of special significance for Oliver as he was selected by MNET in its ‘New Directions’ young talent development programme to direct the short film ‘Prize Maze’. It was received with critical acclaim.

In the period between 2002 – 2004 he worked as Creative Director for Consolidated Media and Associates, where he led the creative team responsible for television content such as ‘Everyday People’; ‘Soundcity’; ‘Blaze of Glory’; ‘Front Row’; ‘Laugh Patterns’; ‘One Love’ and a host of others.

In the course of his early career and in the year 2005, Oliver inaugurated the Lagos Film Society: a collection of young film professionals – the first of its kind in Nigeria. This group through constant interaction and collaboration would subsequently metamorphose into “The Alliance” a group of young Filmmakers some of whom would go on to lead the revolution in the Nigerian media scene generally and the Nigerian Music Video industry in particular. Members of this collective include Adetokunbo Odubawo a.k.a. Dj Tee, Clarence Peters, Awoba Wallace, Seke Shomolu, Adetayo Adefala and Ike Umeadi to name a few.

Oliver later went on to produce television commercials for the top advertisement agencies in Nigeria, such as S O & U, DDB, Insight, Rosabel, TBWA, and STB Mcaan. Working with these agencies, he produced ads for major brands like MTN, GLO, AIRTEL, Dangote, FCMB, UBA, and others too numerous to mention.

By 2007 Oliver took a break from the advertising media support services industry to focus on television content; developing, producing and directing “Husbands and Wives” a dramatic series for television. In 2008 he moved to Abuja where he produced and developed numerous documentaries for different NGOs and Governmental agencies. Amongst these bodies are, Action Aid, European Union, NCC, Ministry of Power, C4C, CBN, National Sports Commission, FIFA and others. He produced the entire city profile documentaries for the 8 host cities of the FIFA U 17 football competition (2009) including the FIFA World Cup draws beamed live to a global audience.

Oliver also started the “Take One Project” initiative (2010) aimed at identifying and nurturing young Nigerian filmmakers through providing financial, production, and mentorship support in making their first short films. Products of this project include Ishaya Bako, Yomi Ososanya, Onyinye Egenti, Lekan Buari. All of these have gone on to excel in the industry, notable of whom is Ishaya Bako; whose short film ‘Braids on A Bald Head’ (2011) garnered global critical and commercial acclaim.

The film was premiered at the Clermont Ferrand Film Festival in France, the biggest film festival in the Short Film Category and was promptly picked up for world wide distribution by Premium Films, the premier distribution company for short films all over the world.  In 2012, ‘Braids on A Bald Head’ went on to win the best short film prize at the AMAA awards held in Lagos.

In 2016, he was commissioned by Africa Magic to produce an anthology set of four feature films, and has just recently finished post production on the movies.

Prof Ifeoma OkoyepreviousPatience Oghre Imobhionext
We use cookies on our website to give you the most relevant experience by remembering your preferences and repeat visits. By clicking “Accept All”, you consent to the use of ALL the cookies. However, you may visit "Cookie Settings" to provide a controlled consent.
Cookie SettingsAccept All
Manage consent

This website uses cookies to improve your experience while you navigate through the website. Out of these, the cookies that are categorized as necessary are stored on your browser as they are essential for the working of basic functionalities of the website. We also use third-party cookies that help us analyze and understand how you use this website. These cookies will be stored in your browser only with your consent. You also have the option to opt-out of these cookies. But opting out of some of these cookies may affect your browsing experience.
Necessary Always Enabled
Necessary cookies are absolutely essential for the website to function properly. This category only includes cookies that ensures basic functionalities and security features of the website. These cookies do not store any personal information.
Non-necessary
Any cookies that may not be particularly necessary for the website to function and is used specifically to collect user personal data via analytics, ads, other embedded contents are termed as non-necessary cookies. It is mandatory to procure user consent prior to running these cookies on your website.
SAVE & ACCEPT