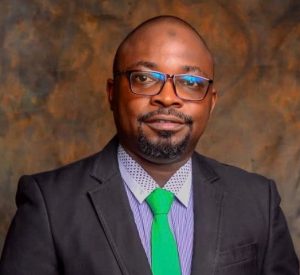 Dr Adamu Alhassan Umar was born 43 years ago and hails from Jakusko, Jakusko LGA of Yobe State. He had his early formative educative years in Jakusko which gave him the background that led to the award of an MBBS degree from the prestigious University of Maiduguri College of Medicine in the year 2004.He was Head boy and Head student during his early primary and secondary school years. He is a holder of Masters of Health Planning and Management (MHPM), Master in Public Health (MPH) and Masters in International Affairs and Diplomacy (MIAD) obtained from Unimaid and the famous ABU, Zaria respectively.

He has been a Unionist and an activist all his life. Serving in different capacities in NIMSA and at one time served as the National President of Yobe State Medical Students Association (YOMSA).Upon graduation from Medical School he has been actively and consistently participating in Medical politics and held several leadership positions in both the National Association of Resident Doctors (NARD) and the Nigerian Medical association (NMA).He was Secretary and Chairman of the Yobe State branch of the NMA at different times and was a National Assistant Secretary General of the NMA and most recently a National Vice President of the NMA.

He was appointed by the Prof Francis Adedayo Faduyile led National Executive Council of the NMA in 2018 as the National Committee Chairman on SDGs.He has attended several trainings and workshop both within and outside Nigeria.

He was the State Coordinator and Principal Medical Officer at the National Blood Transfusion Service, NBTS, Yobe state centre for over 10 years and currently practice Medicine at the Federal Medical Centre, Nguru in Yobe State.He was nominated by the NMA and appointed by President Muhammadu Buhari (GCFR) in March 2018 as a Board member representing the interest of the Medical Profession on the Governing Board of Aminu Kano University Teaching Hospital (AKTH), Kano. He was equally recently elected as the National Vice President of the Nigerian Cancer Society (NCS) at the Society’s 50th anniversary in Abuja.

Dr Adamu Alhassan Umar having served meritoriously as Vice President of the Nigerian Cancer Society was Elected in October 2020 as the President of the Society which is the umbrellar body of all Cancer NGOs in Nigeria and with strong partnerships with international Organizations. upscaled the re-branding process of the Society by bringing his vast experience in Unionism and advocacy into Play.

He is widely traveled and has vast experience in contemporary national and international issues.

He is happily married to an Environmental Biologist and blessed with three beautiful daughters. He enjoys Reading, Travelling, making new friends and Watching movies.

Patience Oghre ImobhiopreviousIkede Ederofianext
We use cookies on our website to give you the most relevant experience by remembering your preferences and repeat visits. By clicking “Accept All”, you consent to the use of ALL the cookies. However, you may visit "Cookie Settings" to provide a controlled consent.
Cookie SettingsAccept All
Manage consent

This website uses cookies to improve your experience while you navigate through the website. Out of these, the cookies that are categorized as necessary are stored on your browser as they are essential for the working of basic functionalities of the website. We also use third-party cookies that help us analyze and understand how you use this website. These cookies will be stored in your browser only with your consent. You also have the option to opt-out of these cookies. But opting out of some of these cookies may affect your browsing experience.
Necessary Always Enabled
Necessary cookies are absolutely essential for the website to function properly. This category only includes cookies that ensures basic functionalities and security features of the website. These cookies do not store any personal information.
Non-necessary
Any cookies that may not be particularly necessary for the website to function and is used specifically to collect user personal data via analytics, ads, other embedded contents are termed as non-necessary cookies. It is mandatory to procure user consent prior to running these cookies on your website.
SAVE & ACCEPT